WHO ARE WE? The CWLegacy is a group of NCSU alumni and former administrators who were impacted by our first visit and subsequent visits to our motherland, the continent of Africa. The experiences associated with those educational excursions have lasted a lifetime. We are eternally grateful to the tireless, dedicated and visionary leadership of two giants among men whose constant efforts inspired these journeys in search of self and recognition of one’s place in history. They are Augustus McIver Witherspoon and Lawrence Mozell Clark, Sr. The legacy of Drs. Clark and Witherspoon continues to inspire us today. 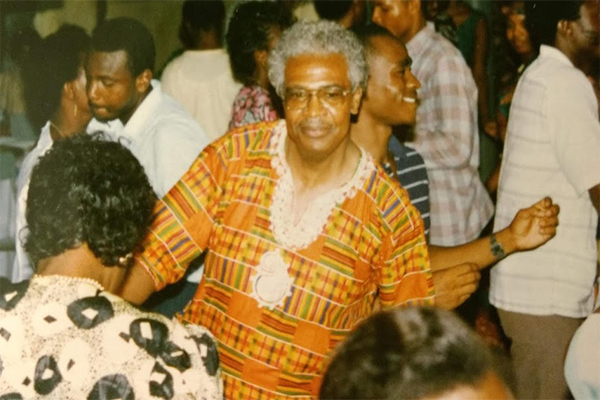 Lawrence Mozell “Larry” Clark grew up in the small town of Danville, Virginia, and after serving in the United States Army, he attended Virginia State University. In 1961, he received a Bachelor of Science degree in Mathematics with a minor in Physics. He continued his graduate studies in Mathematics Education at the University of Virginia, earning his masters degree in 1964 and his doctorate in 1967. He married the former Irene Reynolds of Roanoke, Virginia, and they raised four children. 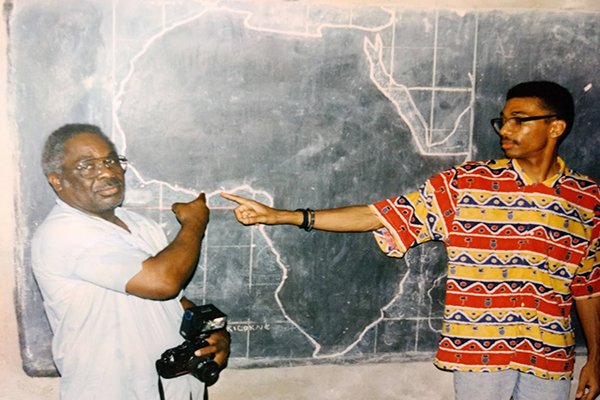 Augustus McIver “Gus” Witherspoon was born in Palmetto, South Carolina. After graduating from Claflin University in 1951 he entered the United States Army with the rank of lieutenant. Following his military service, he went on to become a high school science teacher and coach and would later earn two Master of Science degrees-one from Southern Illinois University and the other from NCSU. In 1971, he earned his doctorate in Botany, becoming the second African-American to earn a doctorate degree from NCSU. Dr. Witherspoon would become the first African-American Professor in the school’s history, joining the university faculty in 1970 as a Botany instructor. He also served as Assistant Dean, Acting Dean and Associate Dean of the College of Agricultural Life Sciences Graduate School. He also held the university administration positions of Associate Provost and Coordinator of African-American Affairs.

Dr. Witherspoon was an advisor to NCSU’s Eta Omicron chapter of Alpha Phi Alpha Fraternity, Inc. and served as a mentor to many students while at the university. Students affectionately referred to him as “Pops”, “Doc” and “Spoon”. He and he and his wife Cookie graciously opened their home to students on many occasions. The NCSU Black Alumni Society established the A.M. Witherspoon Graduate Scholarship in his honor in July 1990.

In August 1992 the NCSU Board of Trustees honored Dr. Witherspoon with a citation of appreciation for his services to the university as an outstanding teacher, researcher and community leader. He is often credited as one of the ‘Founding Fathers” of the African American Cultural Center, the University-Community Brotherhood Dinner (now known as the Lawrence M. Clark University Community Dinner), the Peer Mentor Program, the African American Symposium and other significant initiatives that are still recognized by the university today.

Dr. Witherspoon held several important positions in the university’s administration and was instrumental in helping to improve the campus and academic life of African-Americans at NCSU before his death. Because of his hard work and commitment to students and the university, the Student Center Annex was renamed the Augustus McIver Witherspoon Student Center in his honor on November 18, 1994, becoming the first campus building named in honor of an African-American.

Our purpose is three-fold:

Program Committee Outreach Committee
Anyone who can/has reached out to others who made these journeys. Please invite them to join us !